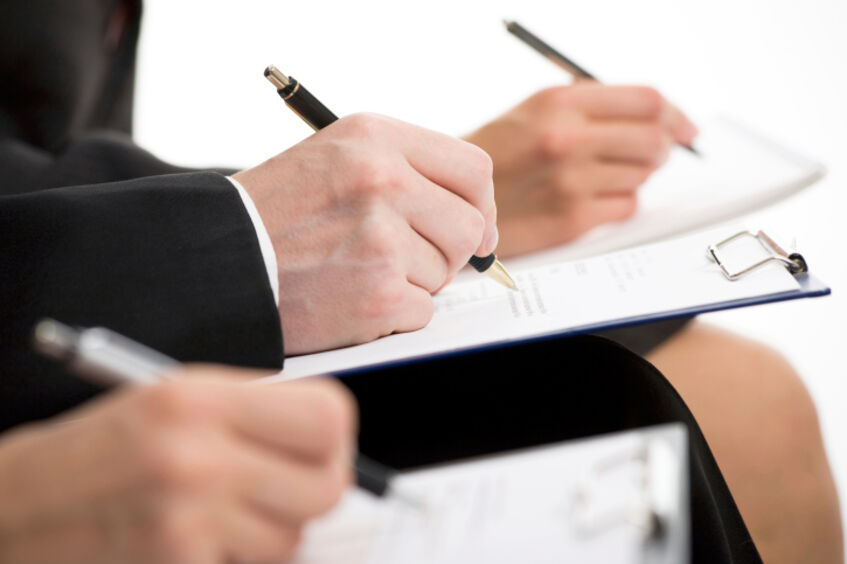 Welcome to May's Employment news briefing, providing a summary of some of the recent employment judgements and updates.

Extension of Ban on Exclusivity Clauses

2015 saw the ban on exclusivity clauses when they were made unenforceable against workers on zero hour contracts.

Legislation for these reforms is to be laid before Parliament later this year, according to a UK government press release.

The EAT recently held in Pryce v Baxterstorey Ltd that if an employee obtains an ACAS Early Conciliation Certificate after lodging an ET1, sending it to the tribunal will not remedy the procedural defect of issuing an ET1 without a certificate.

In this case, the Claimant had lodged an ET1 without obtaining an early conciliation certificate number first before lodging her claim. Though the Claimant was initially allowed to proceed, her claims were later dismissed by the tribunal for a lack of jurisdiction and the Claimant therefore appealed.

The EAT rejected such an appeal on the basis that the Claimant sending the certificate could not be considered a “re-presentation” of the claim, as Rule 8 of the ET Rules requires that a completed ET1 be sent to the tribunal; and the EAT found that it could not waive the requirement to present a new claim which post-dated the date of the early conciliation certificate as to do this would undermine the provisions under S.18A(8) of the Employment Tribunals Act 1996.

A Shetland-based company, QA Fish Ltd, pled guilty to breaches of health and safety measures committed between January 2014 and January 2018.

On 31 January 2018, an employee was run over by a reversing forklift truck after placing rubbish into a bin on the company’s premises. Mrs Allan, the employee, had heard the reversing forklift alarm and shouted but was unable to get out of the path of the truck. The forklift subsequently struck her left and dragged her under. Mrs Allan unfortunately died as a result.

Police Scotland the Health and Safety Executive found that QA Fish Ltd had failed to implement a health and safety management system. No risk assessment was in place for pedestrians and there were no visible barriers to separate the areas, as well as having no requirement of employees to wear high visibility clothing. No formal guidance was given by senior management.

The company have only now just put in place a health and safety management system.

The failure of the company to keep its employees safe resulted in an £80,000 fine.

Menopause and the Workplace

The Employment Tribunals have cited an increase of 44% year on year that reference menopause. “Menopause” has been mentioned a total of 207 times in tribunal documents in 2021 compared to only 118 mentions the previous year in 2020.

Westminster’s Women and Equalities Committee has been involved in an ongoing inquiry into menopause and the workplace, and their report is likely to be published very soon. It is expected to recommend that employers must include a menopause policy.

Menopause tribunals are still very much divided between sex discrimination and disability discrimination cases. The Committee’s inquiry and recommendations may help remove some of the confusion.

Menopause Experts Group is calling on training to be offered to employees from their employer about the symptoms of menopause, the signs and the side-effects.

A former primary school teacher raised an action against her employer, claiming that her employer did not take reasonable care for her safety and exposed her to unnecessary risk of psychiatric injury.

However, the pursuer was then placed on precautionary suspension following the transfer and was admitted to a psychiatric ward after trying to commit suicide. Her termination was agreed in May 2017.

Lord Summers concluded that: “In light of the foregoing I do not consider that the defender was under a duty to seek advice in 2013 from Human Resources specialists with expertise in psychiatrically vulnerable employees, or from senior education managers or Occupational Health specialists with a view to reducing the risk of psychiatric injury or the other legal duties pleaded by the pursuer.”

Decree of absolvitor was therefore pronounced in favour of the defender.

The recent EAT case of Rodgers v Leeds Laser Cutting Ltd found that it was not automatically unfair to dismiss an employee who refused to attend work due to concerns of COVID-19 to his vulnerable children.

When Mr Rodgers was dismissed during the first national lockdown, he claimed he had been automatically unfairly dismissed as he had exercised his right not to return to the workplace to protect himself from the danger of COVID-19, which he had reasonably believed was serious and imminent.

The Tribunal dismissed the claim. Whilst Mr Rodgers may have had concerns about the virus, these concerns were not directly attributable to the workplace. Further, his general actions did not support his argument of being concerned with COVID as he did not wear a facemask, he left his home during self-isolation and worked in a pub during lockdown.

Mr Rodgers appealed to the EAT. Whilst the EAT accepted that an employee could reasonably believe they were at risk of imminent danger, the tribunal found that on the facts of this case, Mr Rodgers did not reasonably believe he was at serious risk of danger. The appeal was dismissed.

The information contained in this newsletter is for general guidance only and represents our understanding of relevant law and practice as at June 2022. Wright, Johnston & Mackenzie LLP cannot be held responsible for any action taken or not taken in reliance upon the contents. Specific advice should be taken on any individual matter. Transmissions to or from our email system and calls to or from our offices may be monitored and/or recorded for regulatory purposes. Authorised and regulated by the Financial Conduct Authority. Registered office: 302 St Vincent Street, Glasgow, G2 5RZ. A limited liability partnership registered in Scotland, number SO 300336.