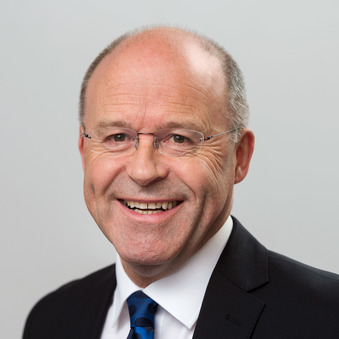 Welcome to July's Employment news briefing, providing a summary of some of the recent employment judgements.

The UK Government recently published a consultation paper - Health is Everyone’s Business - setting out its proposals to reduce ill health related job loss. In today’s aging society The Government has committed to ensuring that people can live and work well for longer. According to the Government, “there is a case for employers to do more to support their employees who are managing health conditions, or who are experiencing a period of sickness absence.”

The consultation paper seeks views on a number of proposals, which include:-

1. The introduction of a right to request work(place) modifications on health grounds. Under the Equality Act 2010, employers have a duty to make reasonable adjustments for disabled employees who would otherwise be at a disadvantage. The proposal would allow employees who suffer ill health but are not covered by the Equality Act to request adjustments. In these circumstances, it is suggested that employers would be able to refuse a request on legitimate business grounds.

2. A number of reforms to Statutory Sick Pay (SSP) including extending SSP to those on the lowest incomes, changing the rules on SSP to allow for phased returns to work following absence and introducing penalties for employers who fail to pay SSP.

3. Strengthening statutory guidance to encourage employers to take early, sustained and proportionate steps to support sick employees back into work after absence. It has suggested that such steps would have to be followed by employers before an employee could be dismissed on the grounds of ill health affecting their capability.

The outcome of this consultation paper will be of significant interest to employers. The proposals put forward by the Government have the potential to overhaul the way employers must treat employees suffering from ill health. The deadline for submitting a response to the consultation paper is 7 October 2019.

In the case of Chief Constable of the Police Service of Northern Ireland v Agnew and Others, the Northern Ireland Court of Appeal has challenged the way in which backdated holiday claims are calculated.

Since the decision in Bear Scotland v Fulton in 2014, it has been established that a gap of more than three months between non-payments or underpayments of wages breaks the series of deductions for the purpose of bringing an unlawful deduction from wages claims. Once the series has been broken, employees are prevented from claiming sums which were unlawfully deducted prior to the break.

The Northern Ireland Court of Appeal recently decided that it is question of fact whether a deduction forms part of a series, and that a gap of three or more months between deductions will not automatically break the series. Issuing some guidance, the court stated that if all deductions arise out of the fact that holiday pay was paid as basic pay and did not include overtime, they are likely to form part of the same series.

The rule established in Bear Scotland v Fulton has been used to limit claims brought by employees for backdated holiday pay. Employees in Northern Ireland will now be able to pursue claims which date much further back that would have previously been allowed.

The case was decided under Northern Irish law and is not binding upon Scotland, England or Wales. However, the wording of the relevant legislation mirrors the wording in the Employment Rights Act 1996, which applies to the rest of the UK. It is likely that employees brining backdated holiday claims brought in other parts of the UK will seek to rely on this decision. While we don’t yet know how other parts of the UK will deal with this decision, it is clear that it has the potential to have implications beyond Northern Ireland.

In the case of Q v L, the Employment Appeal Tribunal recently looked at the question of whether an employer has knowledge of an employee’s disability as a result of information provided to the employer’s occupation health adviser.

This decision provides employers with some useful guidance for situations where occupational health is involved.

In the recent case of Pheonix House v Stockman the Employment Appeal Tribunal (EAT) gave some useful guidance in relation to how the Employment Tribunal (ET) should address the issue of a covert recording by an employee of a meeting between employer and employee.

In this case the issue was the extent to which (if any) the award of the ET should be reduced because of the conduct of the employee. It was argued for the employer that the act of covertly recording the meeting was an act of gross misconduct, for which the employee would have been dismissed, had the employer know about it before dismissing the employee for other reasons and that the basic and compensatory awards should both be reduced to nil.

Employers should make it clear in terms of its disciplinary rules that such action is misconduct.
In the Phoenix case the ET reduced the award by 30% which the EAT considered reasonable.

The information contained in this newsletter is for general guidance only and represents our understanding of relevant law and practice as at August 2019. Wright, Johnston & Mackenzie LLP cannot be held responsible for any action taken or not taken in reliance upon the contents. Specific advice should be taken on any individual matter. Transmissions to or from our email system and calls to or from our offices may be monitored and/or recorded for regulatory purposes. Authorised and regulated by the Financial Conduct Authority. Registered office: 302 St Vincent Street, Glasgow, G2 5RZ. A limited liability partnership registered in Scotland, number SO 300336.