OPINION: Cladding Crisis – “Ombudsman Should be Given Wide Regulatory Powers” 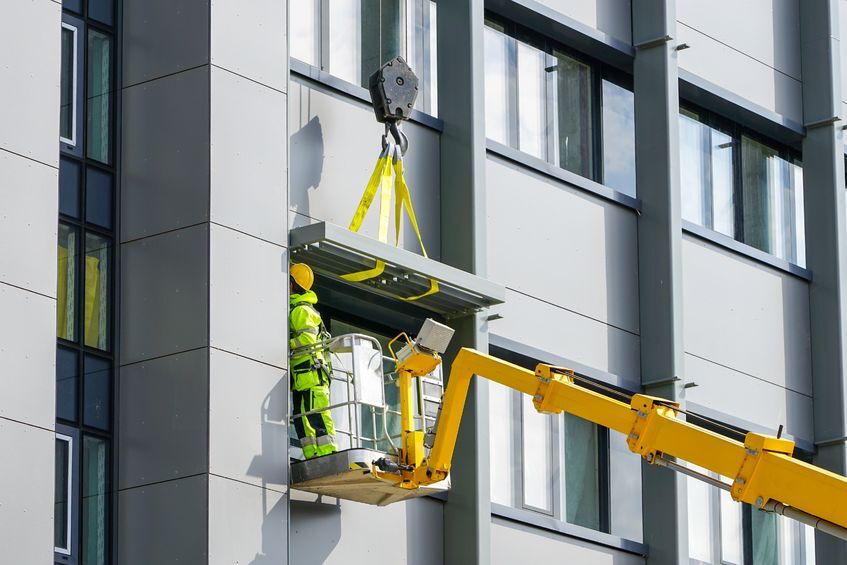 That’s the view of leading Scottish Solicitor and our Head of Construction Ross Taylor.

He argues that better protection is needed not only for purchasers of New Build residential property, but also for consumers who instruct refurbishment, redesign and extension of their existing homes.

The enquiry into the fire at Grenfell Tower on 14 June 2017, was established on 15 August 2017 and has yet to come to a final conclusion. Writing in the Guardian a week after the fire, Aditya Chakrabortty said: "Britain remains a country that murders its poor. Those dozens of Grenfell residents didn't die: they were killed. What happened last week wasn't a 'terrible tragedy' or some other studio-sofa platitude: it was social murder."

Site watchmen now patrol tower blocks suspected of incorporating flammable materials, and the occupants are paying for it. The BAME and less wealthy communities are being affected most. The lockdowns enforced to tackle Covid-19 – also disproportionately affecting our poor and BAME communities – have only increased the risk.

After much political and public pressure, on 10 February 2021, Robert Jenrick, MP announced that the UK Government will provide a £3.5billion fund for grants and loans to fix issues of dangerous cladding.

In the same week, the formation of the “New Homes Quality Board” was announced. Its task is to consult on the introduction of a new industry code of practice and to appoint the New Homes Ombudsman Service. The intention is that new home builders will be required by law to agree to the code, have effective complaints procedures, and to participate in the Ombudsman’s process.

On the Board are representatives of NHBC, national house builder companies, and Citizens Advice. Its chair is Tory MP Natalie Elphicke. She commented: “The arrangements will lead to a step change in how new homes are built and sold and how customers are treated. The board is committed to driving new build quality and strengthening protections for buyers.”

Nicola Barclay, chief executive of Homes for Scotland, is reported as saying in May 2020: “While housing is a matter that is devolved to the Scottish Government, consumer protection remains a reserved matter and so comes under the responsibility of Westminster, making a UK-wide solution crucially important.
“Working closely with colleagues in the Home Builders Federation in England, we are delighted to see this progression which reinforces our determination to ensure a high-quality home for each and every purchaser. We are also pleased that the stringent requirements will see consumers receive the same level of clarity and consistency wherever they live.”

The Ombudsman Scheme will be introduced and backed by legislation. In the briefing notes accompanying the Queen’s Speech of 14 October 2019, the Westminster Government explained that one of the main benefits of the legislation would be to learn lessons from the Grenfell Tower fire and bring about a fundamental change in the regulatory framework for high rise residential buildings, and the industry culture to ensure accountability and responsibility. One of the main elements to doing so was to require developers of new build homes across the UK to belong to a New Homes Ombudsman scheme.

In February 2020, Mr Jenrick MP said: “It’s completely unacceptable that so many people struggle to get answers when they find issues with their dream new home.
“That’s why the Ombudsman will stop rogue developers getting away with shoddy building work and raise the game of housebuilders across the sector.”

However, the Grenfell Fire actually followed refurbishment work to the existing tower, during 2015 and 2016. That work would not be caught, if the proposed Service is restricted to new build. Catastrophes such as the Grenfell fire, may not be prevented if the Code and Ombudsman Services are restricted to new homes. I urge the New Homes Quality Board to include works to existing residential properties in the Service. If not, rogue developers will continue to get away with shoddy building work. The aims of Government and stakeholders may not be met; and there is every possibility that the public purse will once again be called upon to provide compensation to home-owners and occupiers.

At present, builders need not be regulated nor have any certification to undertake work to construct or modify a homeowner’s property. When pursued for defects, there is a fear that the builder (usually a limited company) will avoid liability, ultimately perhaps by becoming insolvent. The consequence is that the home-owner may be left with an incomplete or unsafe home and insufficient funds to get the problems fixed. This is a particular issue in respect of lower value extension and refurbishment works, and in the construction of one-off ‘self-build’ properties.

Indeed, in April 2019, Graham Simpson MSP proposed a New-Build (Buyer Protection) (Scotland) Bill to the Scottish Parliament, which sought to:
1. standardise new build missives, with statutory backing, to strengthen the purchaser’s contractual position; and
2. provide a statutory route to redress, so that Court Action was not the only option. He identified the idea of a New Homes Ombudsman.
I supported the Bill. Then, I argued that the Bill should cover works to existing residential properties. But, the Bill faced opposition. One view was that the proposals were not workable and any proposed changes had to be considered in the context of the UK as a whole.

However, UK wide legislation may be difficult to achieve. The regulation of the sale and supply of goods and services to consumers is a matter reserved to Westminster. Construction work for residential occupiers may fall into that category. On the other hand, housing and building control, specifically, are devolved matters. Therefore, it is likely that the Westminster and Scottish parliaments will need to work together if effective, UK wide, legislation is to be effective. That legislation should cover all residential property and not just new builds. It is as much in the interests of the construction sector that this happens, so that high quality building is achieved in a streamlined way across the UK, and the UK construction sector is protected against rogue developers. Mr Simpson’s Bill has not been presented to Parliament. It may still be required. And if legislation goes wide enough, embarrassing bail-outs may be avoided.

The information contained in this newsletter is for general guidance only and represents our understanding of relevant law and practice as at February 2021. Wright, Johnston & Mackenzie LLP cannot be held responsible for any action taken or not taken in reliance upon the contents. Specific advice should be taken on any individual matter. Transmissions to or from our email system and calls to or from our offices may be monitored and/or recorded for regulatory purposes. Authorised and regulated by the Financial Conduct Authority. Registered office: 302 St Vincent Street, Glasgow, G2 5RZ. A limited liability partnership registered in Scotland, number SO 300336.